Today we consider AUD/USD currency pair on the H4 chart. The price is moving within the limits of D1 and H4 downtrend channel: bearish trend is observed for all the timeframe scales. Donchian Channel (13) is also demonstrating a negative bias, confirming the trend. At the moment there are no signs of a steady direction looking at the RSI-Bars oscillator: a local overbought level is formed at 53.7114%, which was confirmed three times by the indicator signal. We believe that the formation of a new high below this level will be preceded by the intersection of a fractal price support level at 0.82183. Having reached this level, we would get confirmatory signals: Parabolic values would indicate a bearish slope and Donchian channel would be destroyed. Stop Loss is recommended to be placed above 0.83743, strengthened by the Bill Williams fractal, Parabolic historical values and Donchian Channel upper boundary. 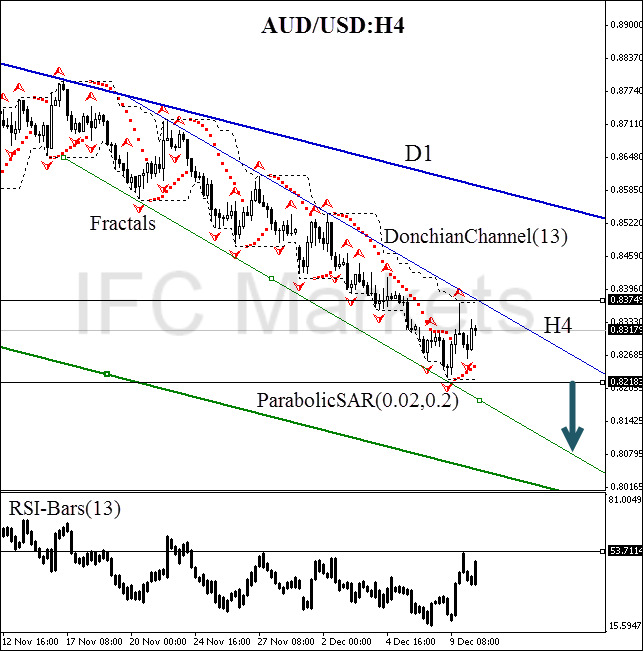